11 класс Linking Words and their functions 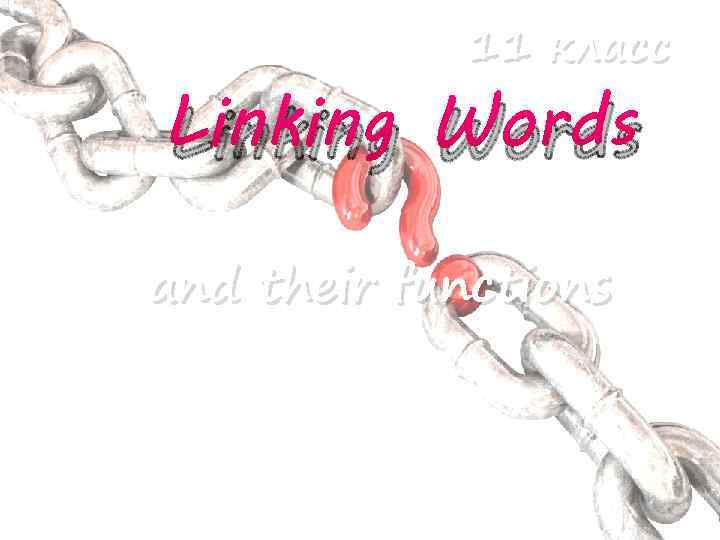 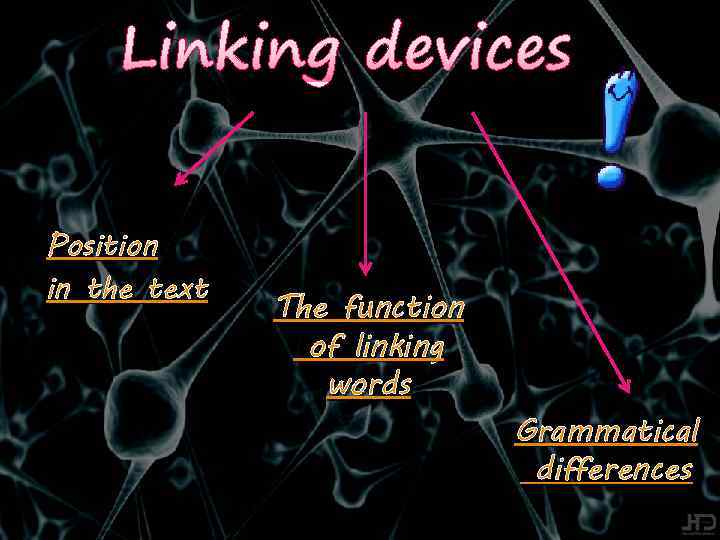 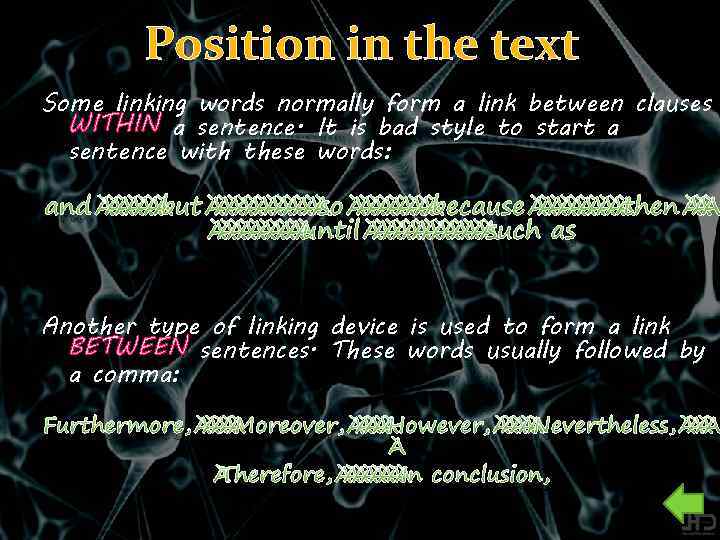 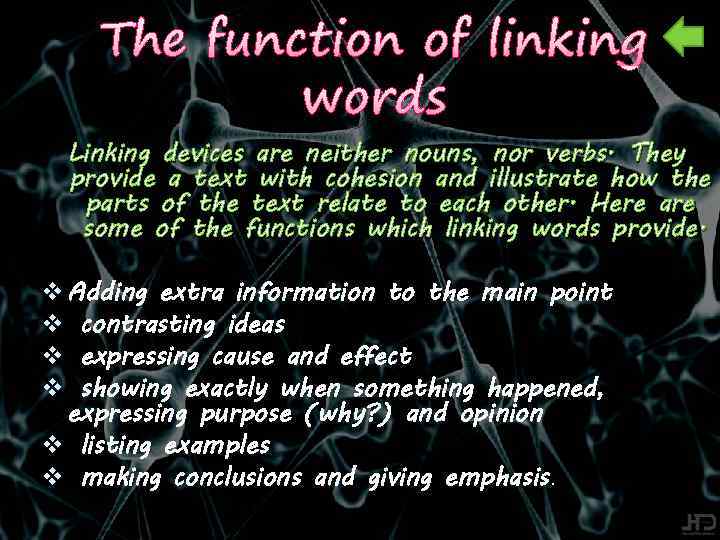 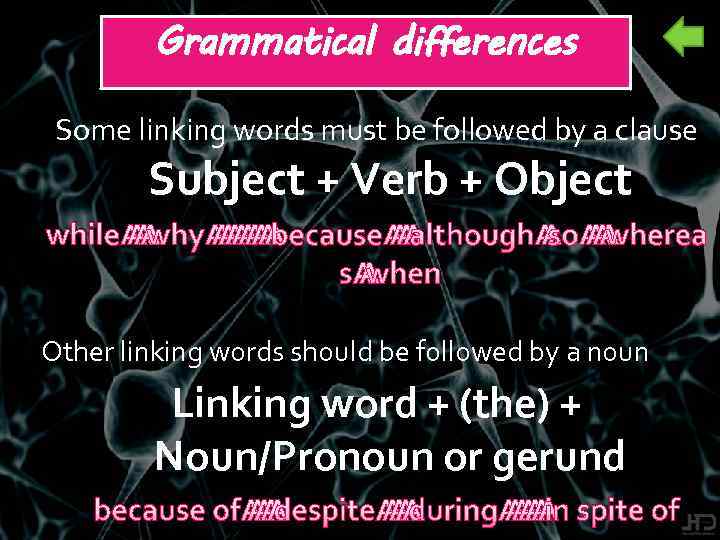 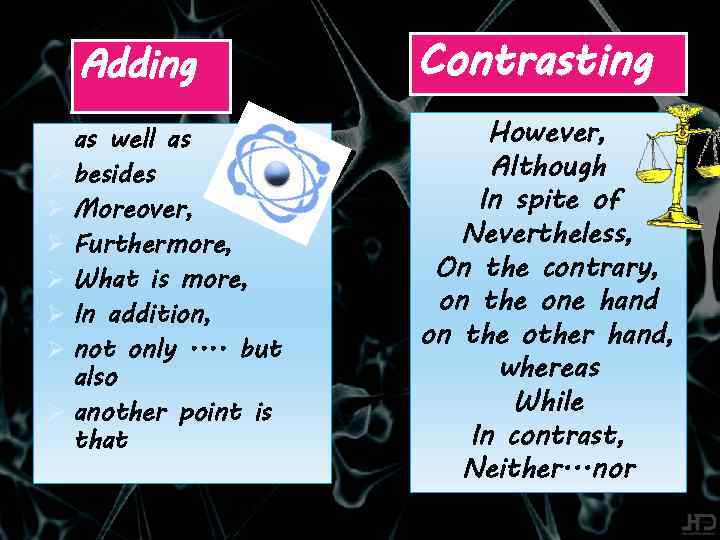 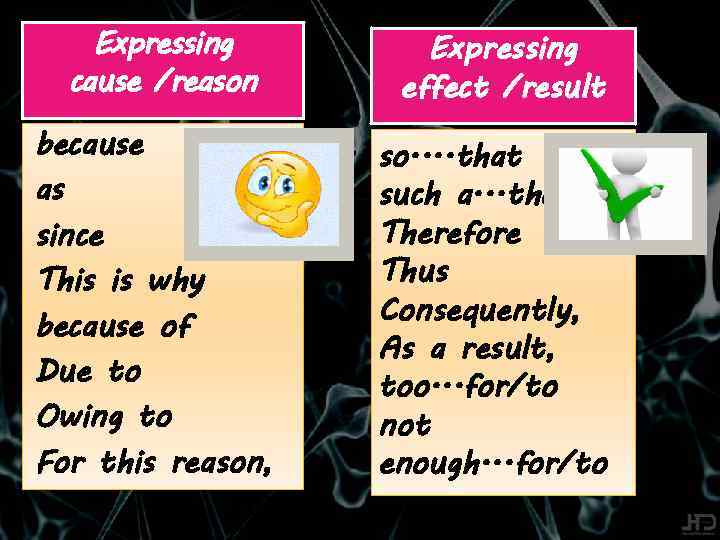 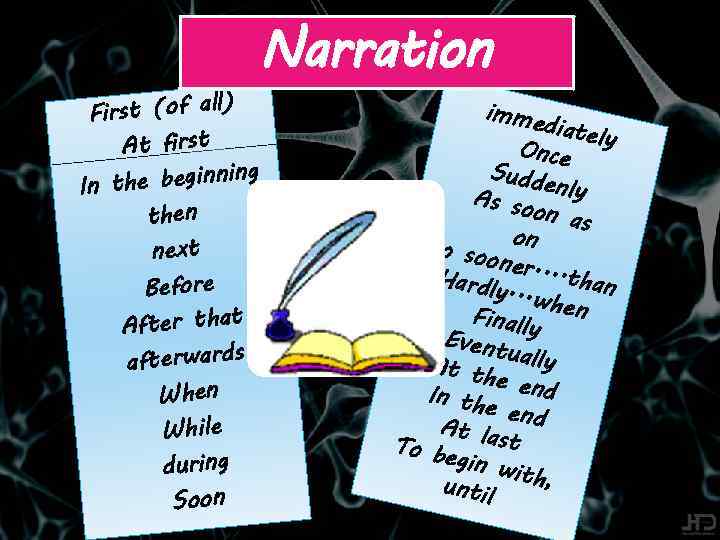 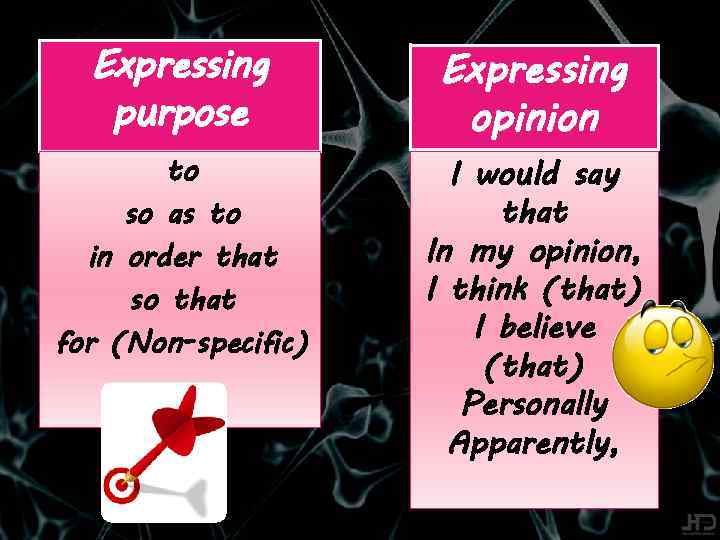 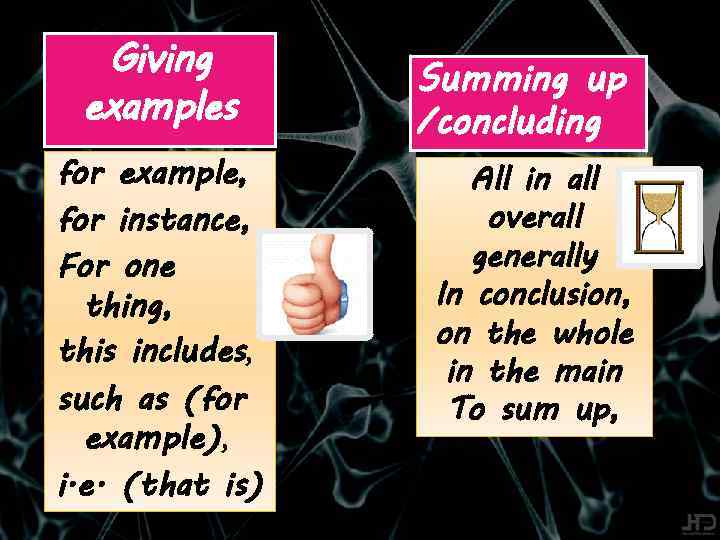 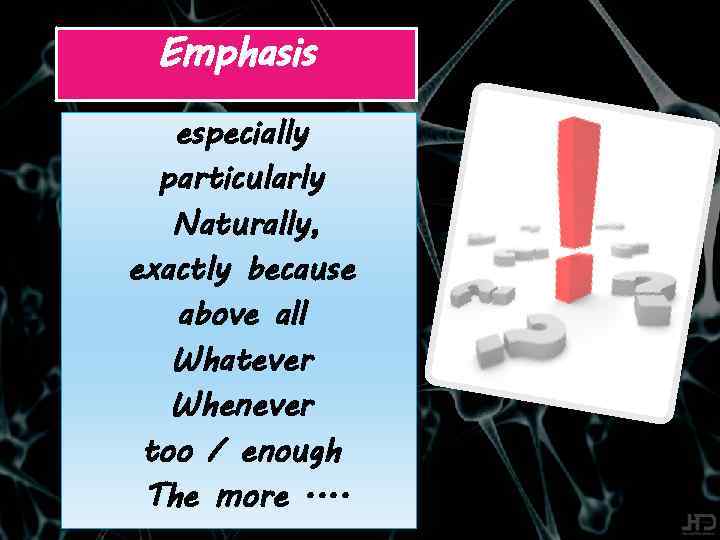 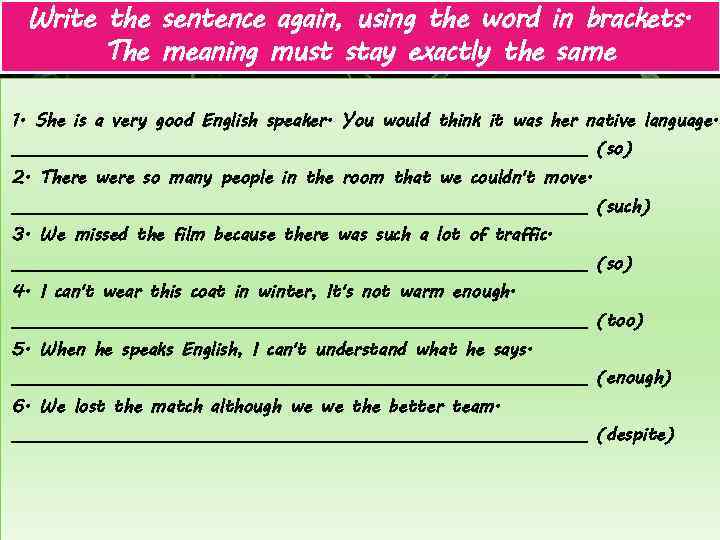 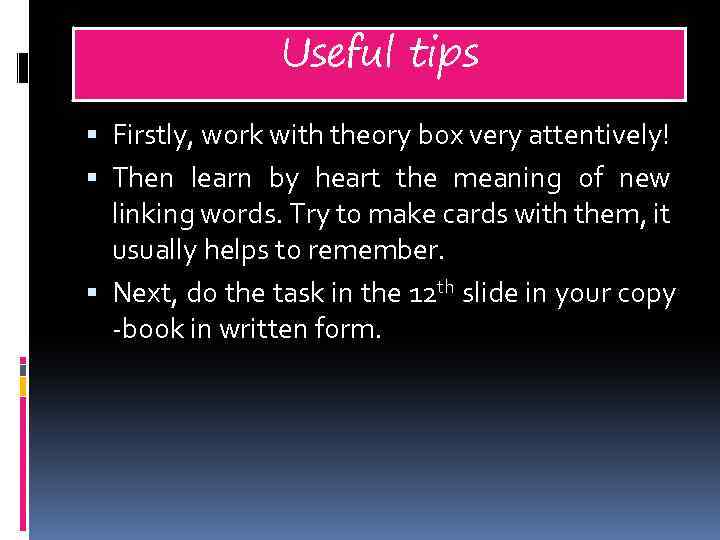 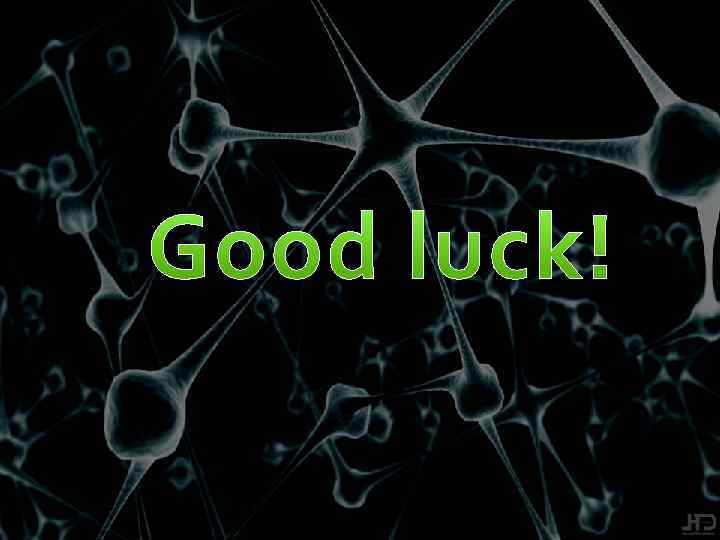 11 класс Linking Words and their functions

Position in the text Some linking words normally form a link between clauses WITHIN a sentence. It is bad style to start a sentence with these words: and but so because then until such as Another type of linking device is used to form a link BETWEEN sentences. These words usually followed by a comma: Furthermore, Moreover, However, Nevertheless, Therefore, In conclusion,

The function of linking words Linking devices are neither nouns, nor verbs. They provide a text with cohesion and illustrate how the parts of the text relate to each other. Here are some of the functions which linking words provide. v Adding extra information to the main point v contrasting ideas v expressing cause and effect v showing exactly when something happened, expressing purpose (why? ) and opinion v listing examples v making conclusions and giving emphasis.

Adding Ø as well as Ø besides Ø Moreover, Ø Furthermore, Ø What is more, Ø In addition, Ø not only. . but also Ø another point is that Contrasting However, Although In spite of Nevertheless, On the contrary, on the one hand on the other hand, whereas While In contrast, Neither. . . nor

Expressing cause /reason because as since This is why because of Due to Owing to For this reason, Expressing effect /result so. . that such a. . . that Therefore Thus Consequently, As a result, too. . . for/to not enough. . . for/to

) First (of all At first g the beginnin In then next Before After that afterwards When While during Soon Narration imme diate Once ly Sudd enly As so on as No so on oner. . tha Hardl n y. . . w Finall hen Event y ually At th e end In th e end At la st To be gin w ith, until

Expressing purpose to so as to in order that so that for (Non-specific) Expressing opinion I would say that In my opinion, I think (that) I believe (that) Personally Apparently,

Giving examples for example, for instance, For one thing, this includes, such as (for example), i. e. (that is) Summing up /concluding All in all overall generally In conclusion, on the whole in the main To sum up,

Emphasis especially particularly Naturally, exactly because above all Whatever Whenever too / enough The more. .

Useful tips Firstly, work with theory box very attentively! Then learn by heart the meaning of new linking words. Try to make cards with them, it usually helps to remember. Next, do the task in the 12 th slide in your copy -book in written form.