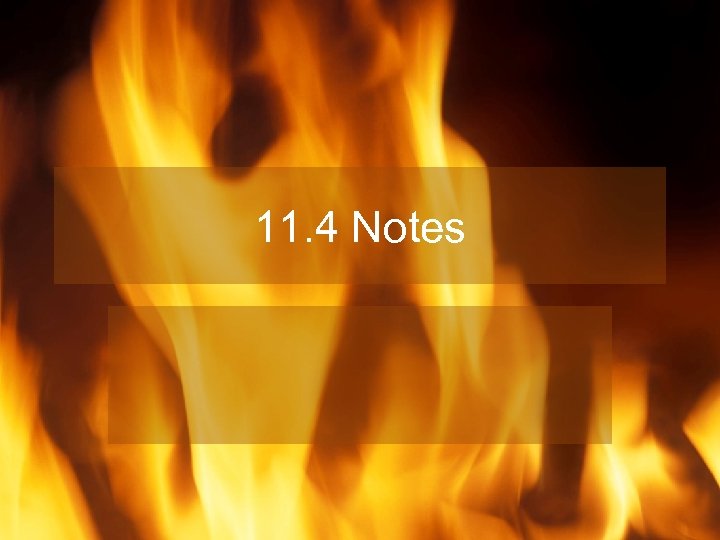 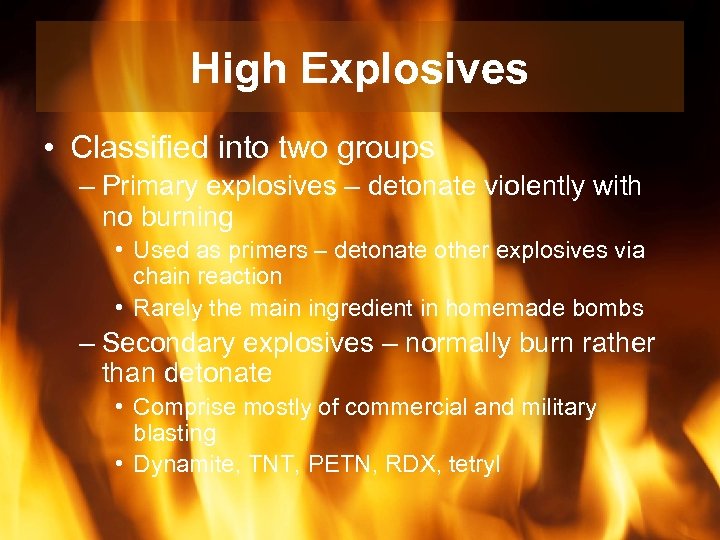 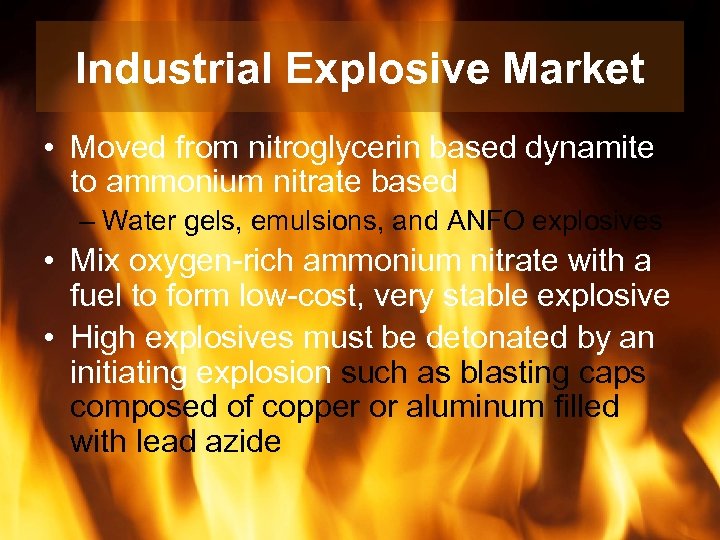 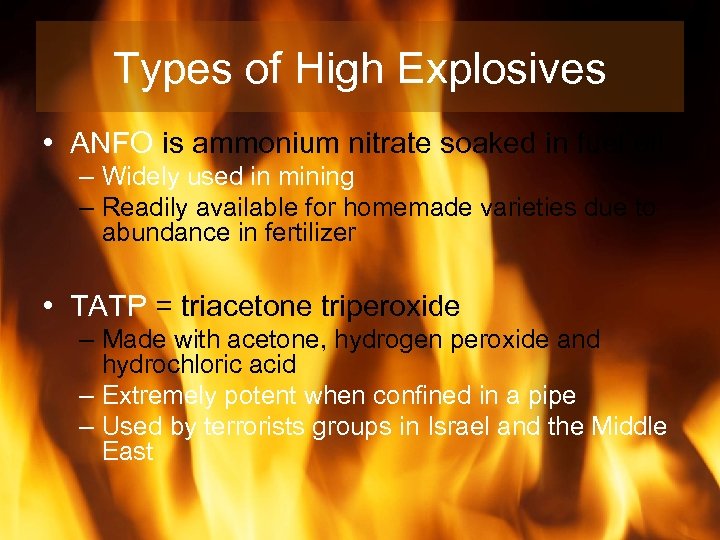 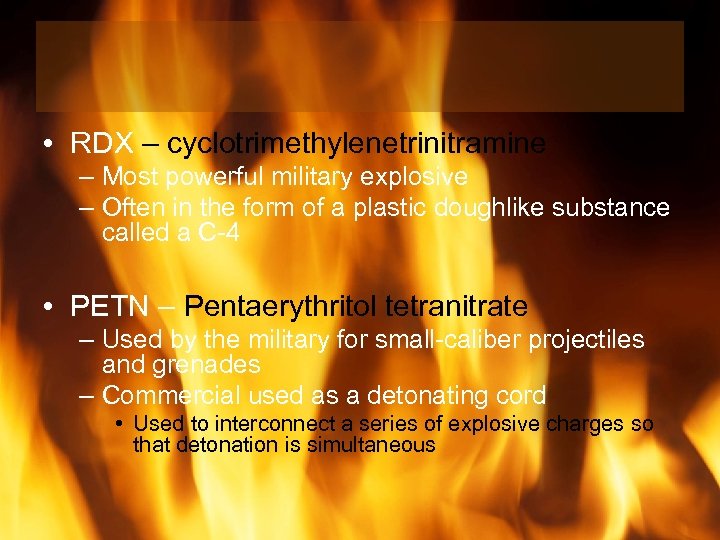 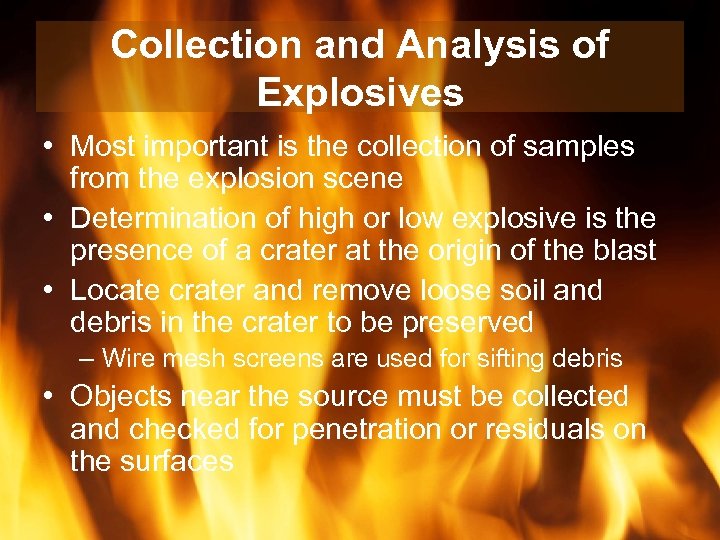 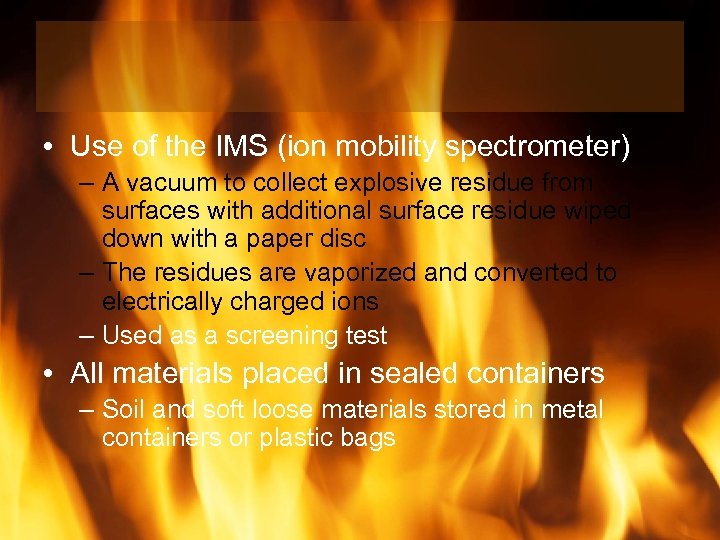 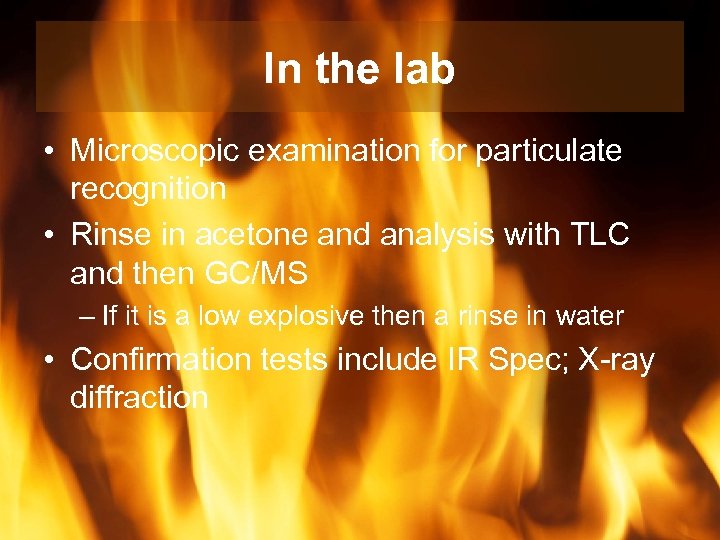 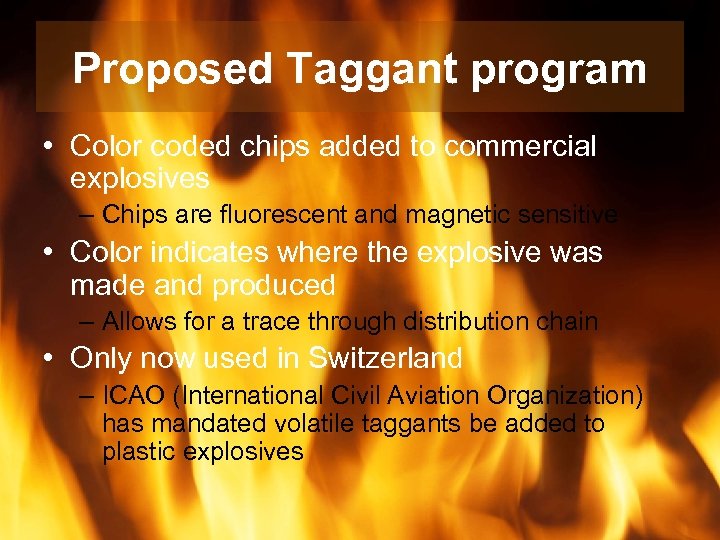 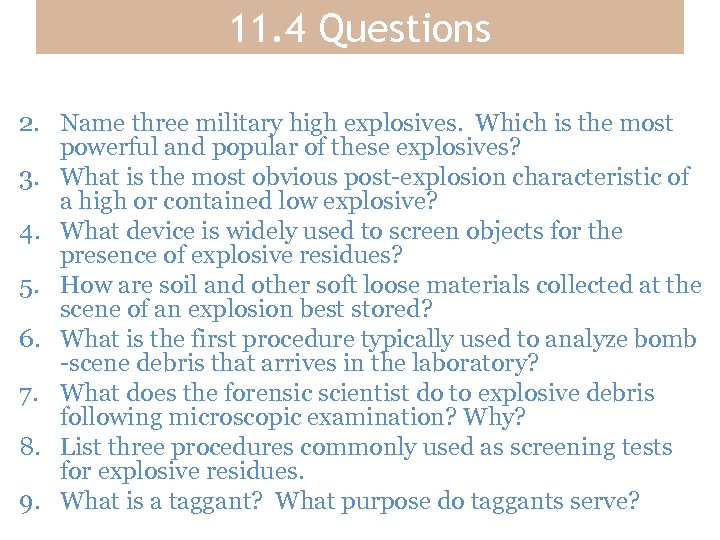 Industrial Explosive Market • Moved from nitroglycerin based dynamite to ammonium nitrate based – Water gels, emulsions, and ANFO explosives • Mix oxygen-rich ammonium nitrate with a fuel to form low-cost, very stable explosive • High explosives must be detonated by an initiating explosion such as blasting caps composed of copper or aluminum filled with lead azide

Types of High Explosives • ANFO is ammonium nitrate soaked in fuel oil – Widely used in mining – Readily available for homemade varieties due to abundance in fertilizer • TATP = triacetone triperoxide – Made with acetone, hydrogen peroxide and hydrochloric acid – Extremely potent when confined in a pipe – Used by terrorists groups in Israel and the Middle East

In the lab • Microscopic examination for particulate recognition • Rinse in acetone and analysis with TLC and then GC/MS – If it is a low explosive then a rinse in water • Confirmation tests include IR Spec; X-ray diffraction

11. 4 Questions 1. What is a detonator? What is the composition of most detonators? 2. Name three military high explosives. Which is the most powerful and popular of these explosives? 3. What is the most obvious post-explosion characteristic of a high or contained low explosive? 4. What device is widely used to screen objects for the presence of explosive residues? 5. How are soil and other soft loose materials collected at the scene of an explosion best stored? 6. What is the first procedure typically used to analyze bomb -scene debris that arrives in the laboratory? 7. What does the forensic scientist do to explosive debris following microscopic examination? Why? 8. List three procedures commonly used as screening tests for explosive residues. 9. What is a taggant? What purpose do taggants serve?