1 Who can propose a law 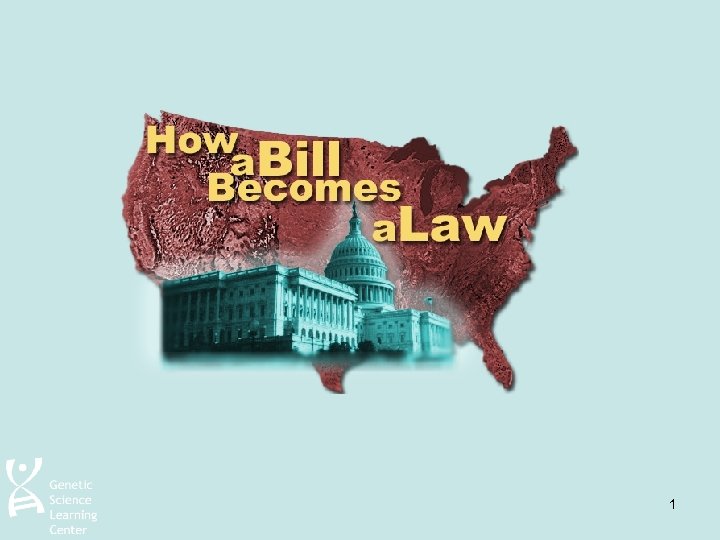 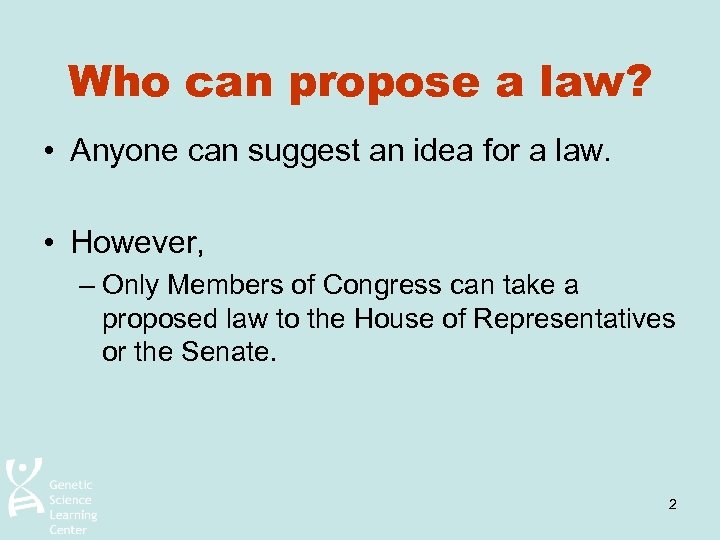 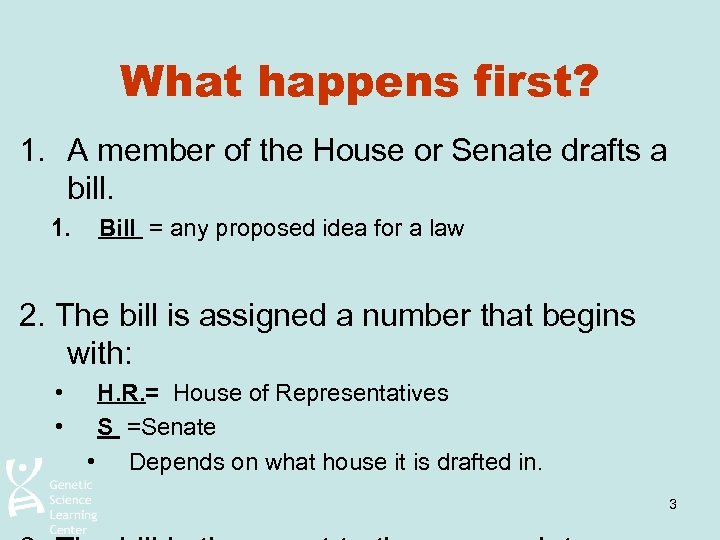 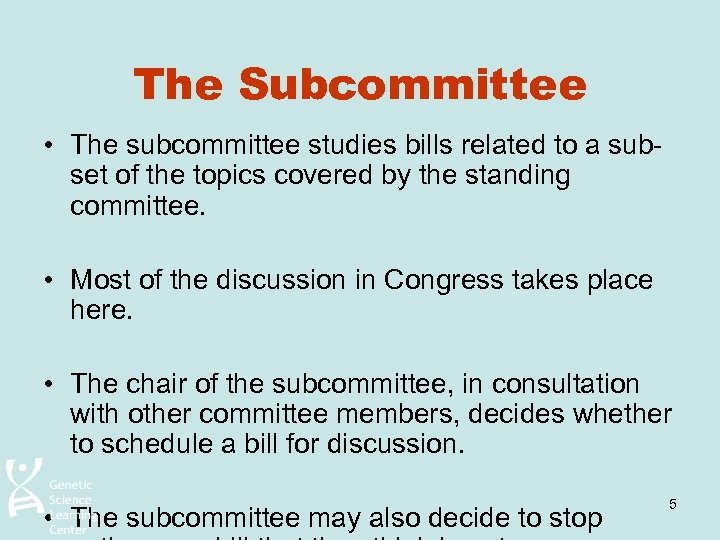 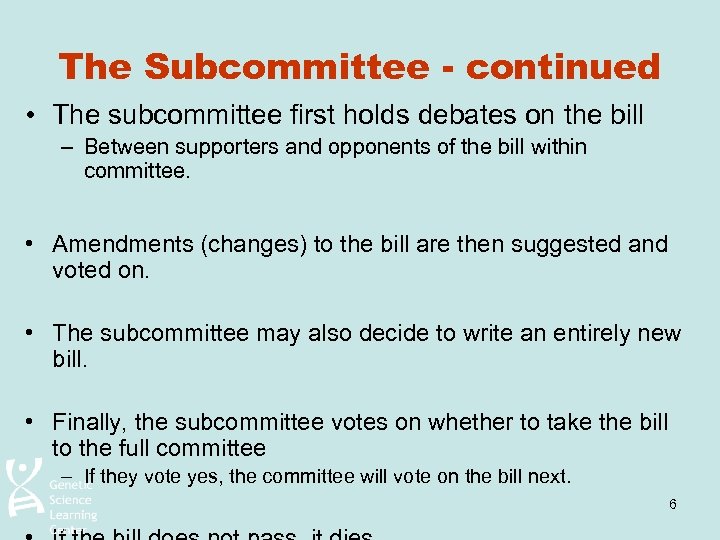 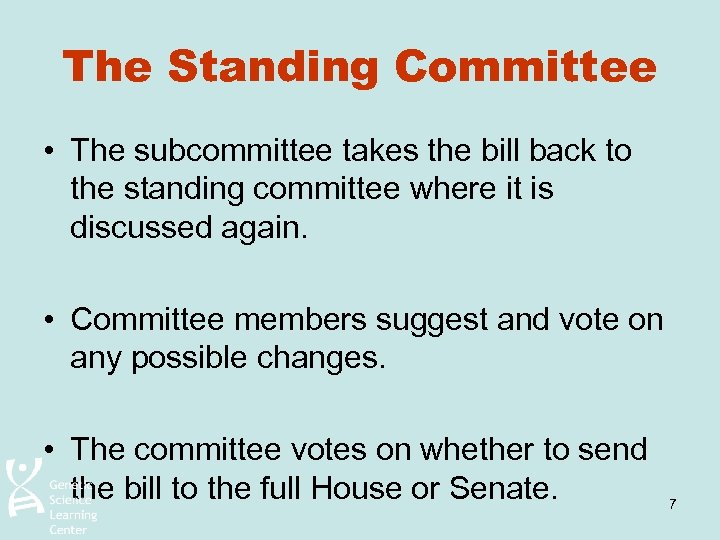 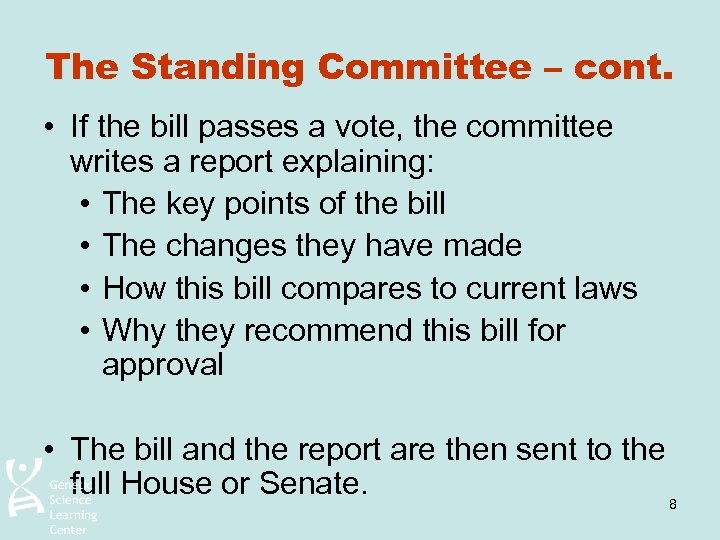 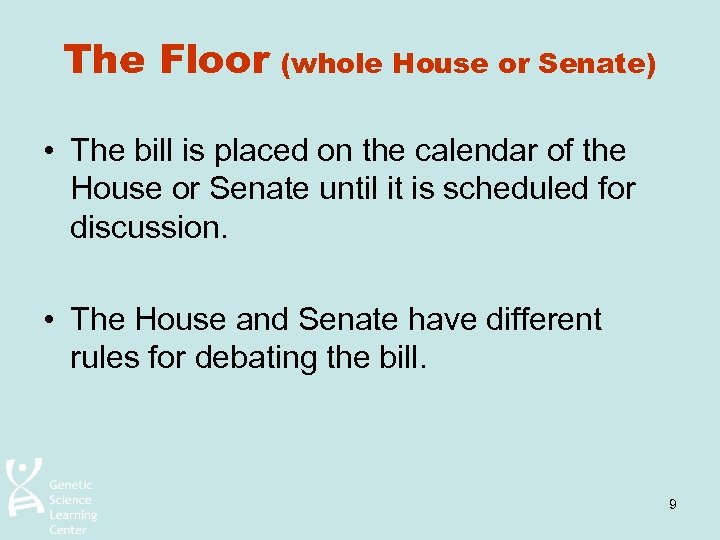 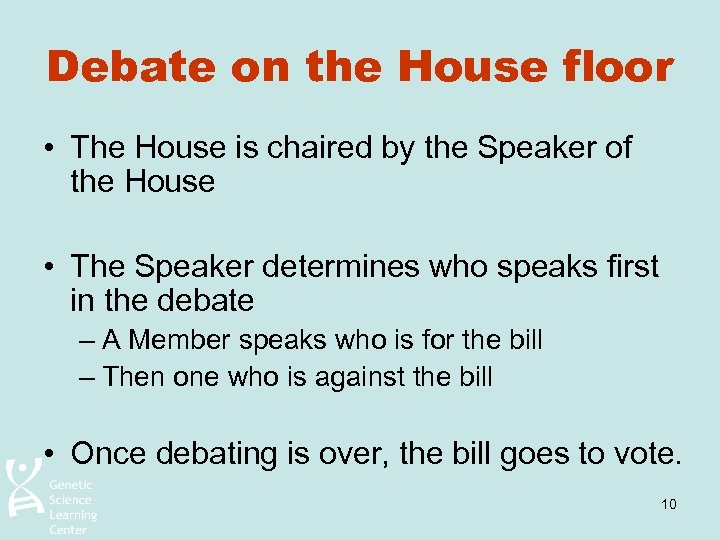 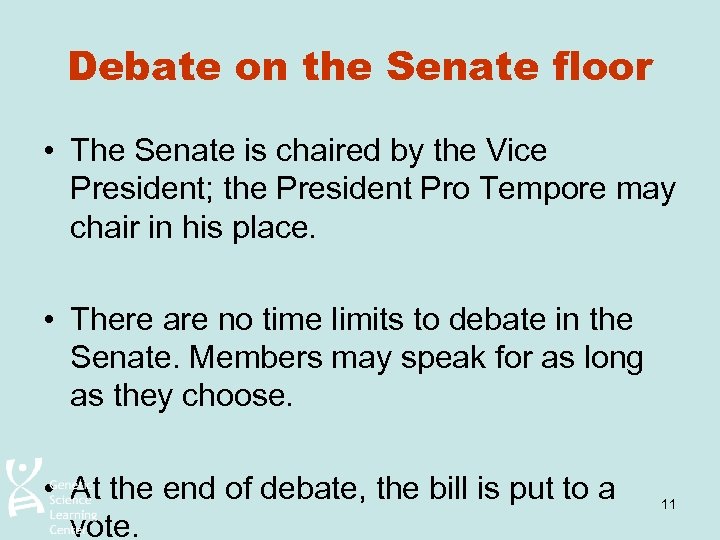 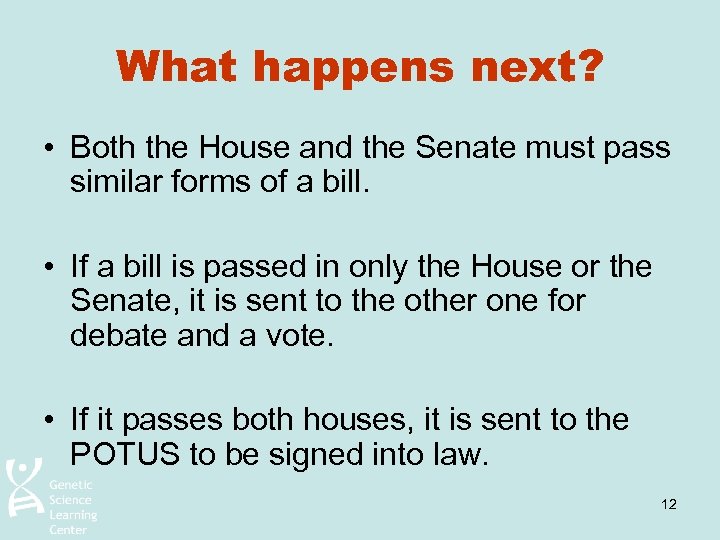 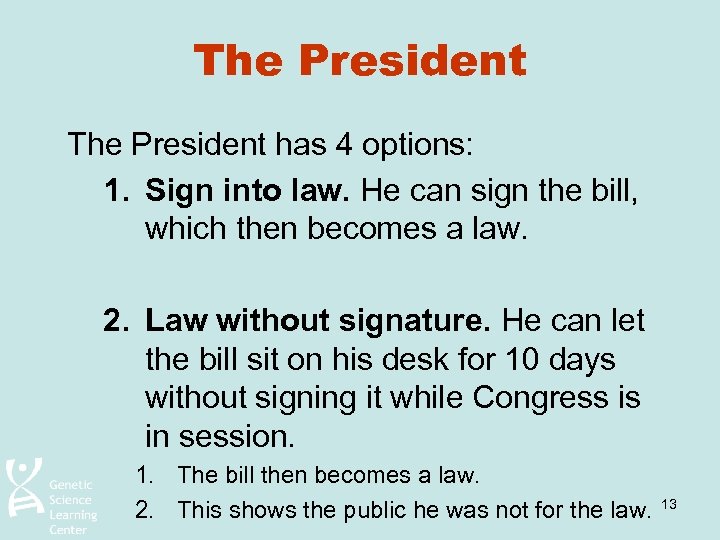 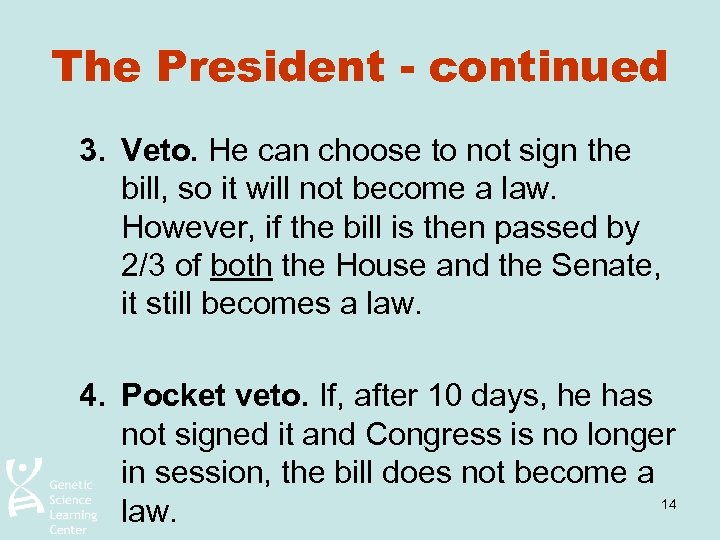 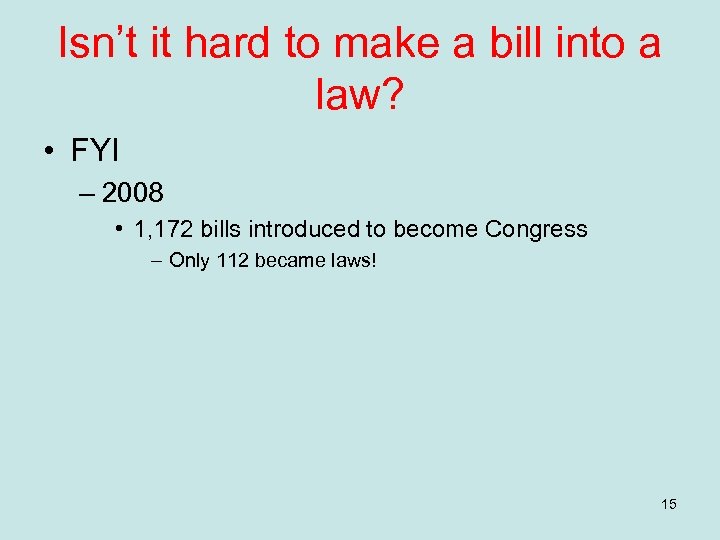 Скачать презентацию 1 Who can propose a law

Who can propose a law? • Anyone can suggest an idea for a law. • However, – Only Members of Congress can take a proposed law to the House of Representatives or the Senate. 2

What happens first? 1. A member of the House or Senate drafts a bill. 1. Bill = any proposed idea for a law 2. The bill is assigned a number that begins with: • • H. R. = House of Representatives S =Senate • Depends on what house it is drafted in. 3

The Standing Committee • All bills go to a standing committee in the House or Senate – They study only bills related to their general topic • such as education, agriculture or science. • The committee chair assigns the bill to the necessary subcommittee. – Example: • Bills limiting the amount of chickens you can raise would go 4 to a (livestock) subcommittee within the Agriculture standing

The Standing Committee • The subcommittee takes the bill back to the standing committee where it is discussed again. • Committee members suggest and vote on any possible changes. • The committee votes on whether to send the bill to the full House or Senate. 7

The Standing Committee – cont. • If the bill passes a vote, the committee writes a report explaining: • The key points of the bill • The changes they have made • How this bill compares to current laws • Why they recommend this bill for approval • The bill and the report are then sent to the full House or Senate. 8

The Floor (whole House or Senate) • The bill is placed on the calendar of the House or Senate until it is scheduled for discussion. • The House and Senate have different rules for debating the bill. 9

Debate on the House floor • The House is chaired by the Speaker of the House • The Speaker determines who speaks first in the debate – A Member speaks who is for the bill – Then one who is against the bill • Once debating is over, the bill goes to vote. 10

Debate on the Senate floor • The Senate is chaired by the Vice President; the President Pro Tempore may chair in his place. • There are no time limits to debate in the Senate. Members may speak for as long as they choose. • At the end of debate, the bill is put to a vote. 11

The President - continued 3. Veto. He can choose to not sign the bill, so it will not become a law. However, if the bill is then passed by 2/3 of both the House and the Senate, it still becomes a law. 4. Pocket veto. If, after 10 days, he has not signed it and Congress is no longer in session, the bill does not become a 14 law.