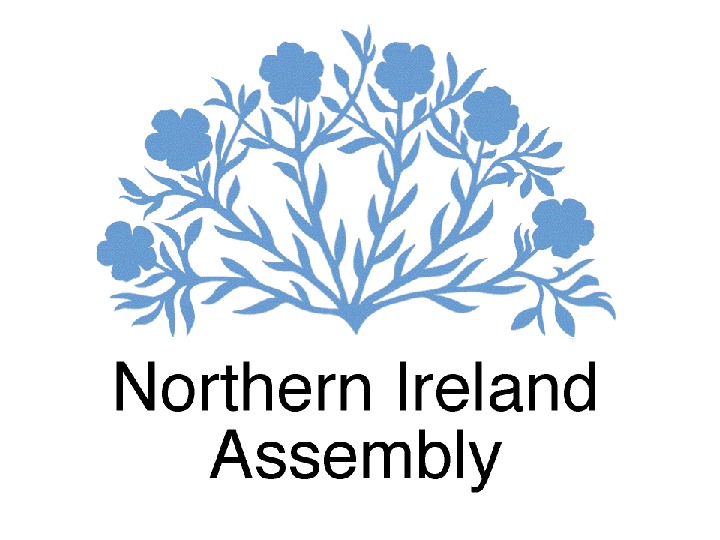 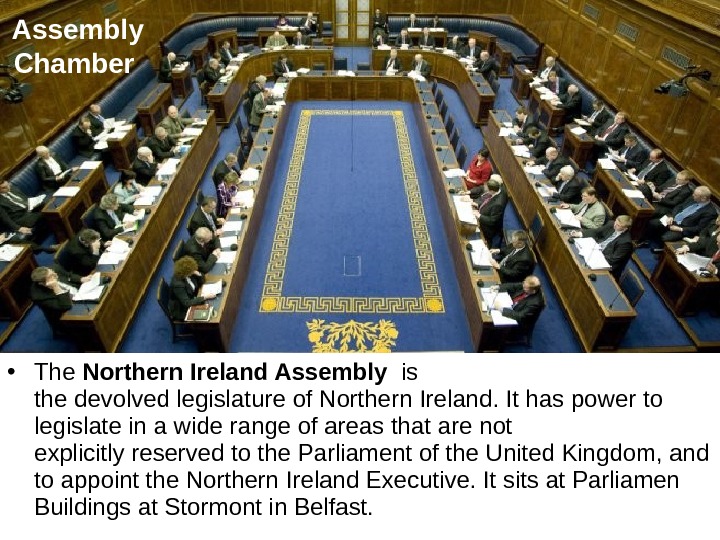 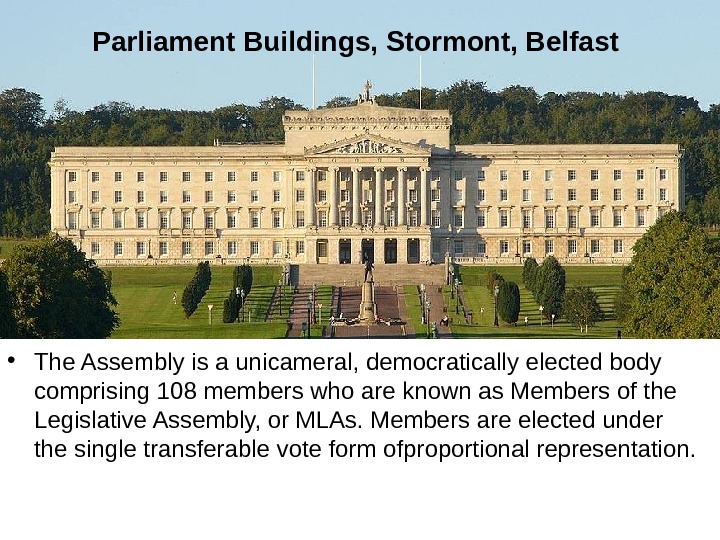 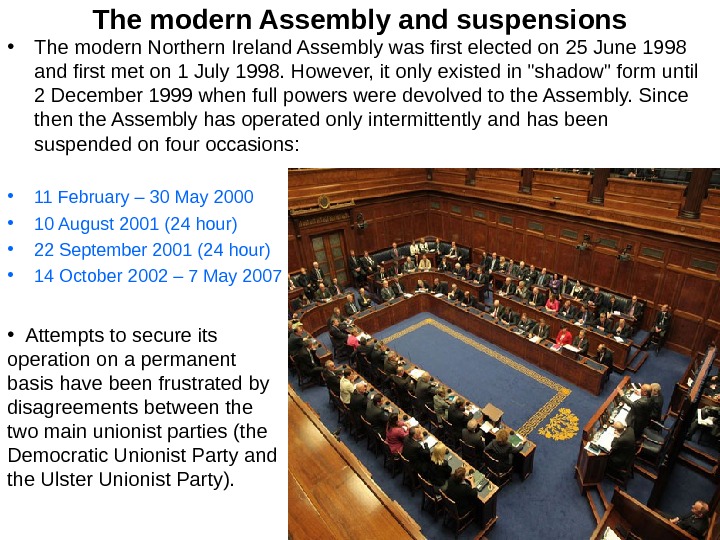 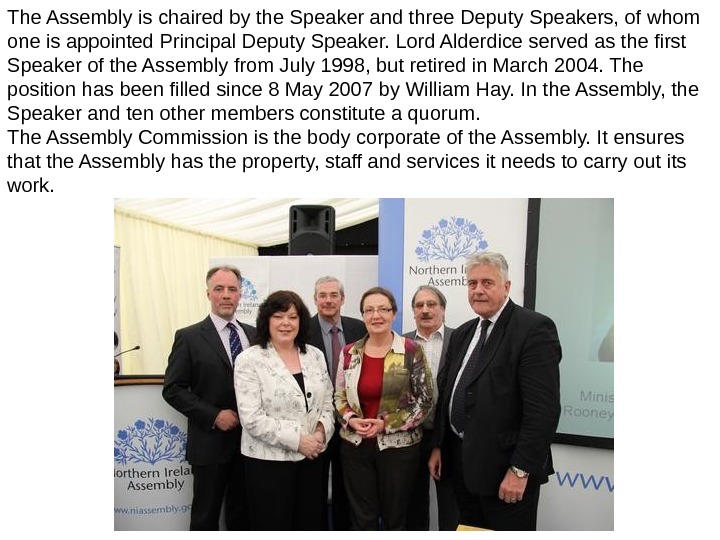 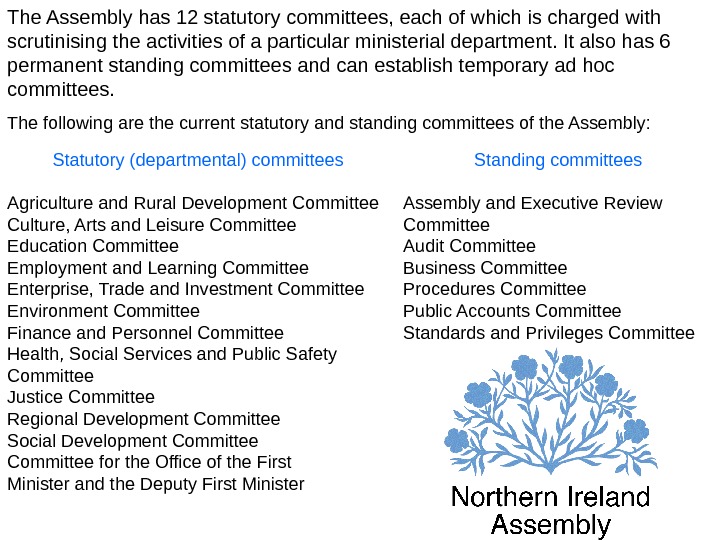 Parliament Buildings, Stormont, Belfast • The Assembly is a unicameral, democratically elected body comprising 108 members who are known as Members of the Legislative Assembly, or MLAs. Members are elected under the single transferable vote form ofproportional representation.

The modern Assembly and suspensions • The modern Northern Ireland Assembly was first elected on 25 June 1998 and first met on 1 July 1998. However, it only existed in «shadow» form until 2 December 1999 when full powers were devolved to the Assembly. Since then the Assembly has operated only intermittently and has been suspended on four occasions: • 11 February – 30 May 2000 • 10 August 2001 (24 hour) • 22 September 2001 (24 hour) • 14 October 2002 – 7 May 2007 • Attempts to secure its operation on a permanent basis have been frustrated by disagreements between the two main unionist parties (the Democratic Unionist Party and the Ulster Unionist Party).